Master Thesis: What Is Now

“Interaction moulds present” is the fundamental assumption of my master thesis What Is Now. Whereas Gegenwartsmaschine is the practical outcome of this theoretical work.

These led to the conclusion that interaction moulds the present.

In the light of the findings and gained insights, an interactive art work was created as part of this thesis. It attempts to enable its audience to reflect upon the concept which is established in this paper.

Interactive work Gegenwartsmaschine
Gegenwartsmaschine is an interactive installation, which reacts to the observer’s present. On the outside it is an ordinary black box. Through a hole in the box the audince may peeking inside into a lit up space with undefinable dimensions. The light inside is generated by a true random generator each time. The light may be different for every observer interacting with the system. 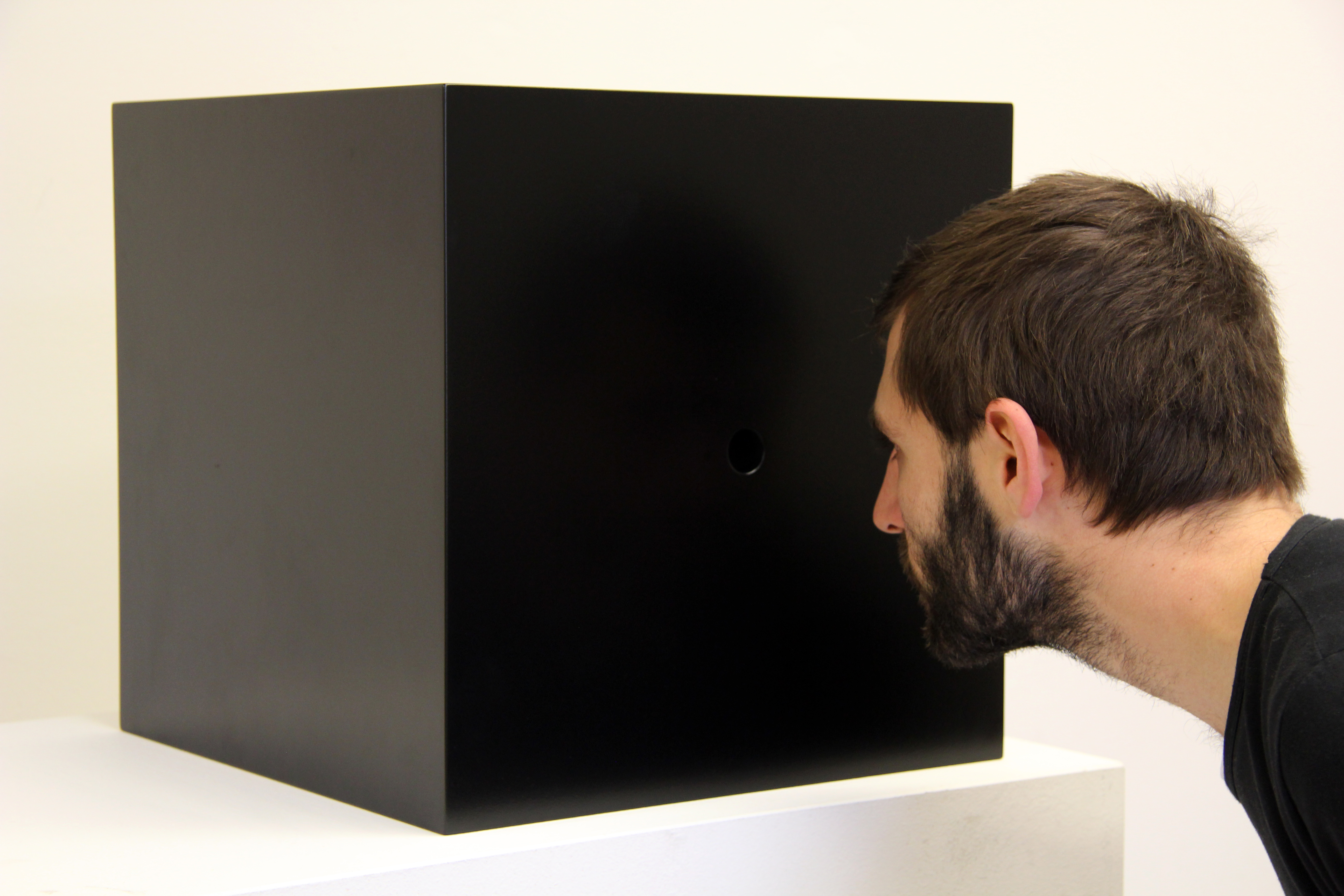